The Local Look, the monthly community magazine covering the East side of Bath, were kind enough to feature Silver Compass in their January issue. The article below first appeared in their January 2015 issue. 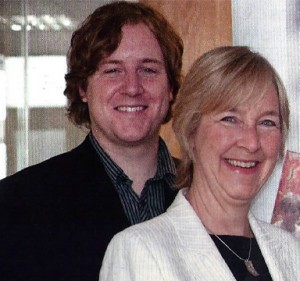 4 years ago, Kit Williams, an Ashley resident, received a call from her eldest son, Ben, based in London. Nothing unusual in that but it has had a huge impact on both Kit’s and Ben’s lives since then. Ben was thinking of starting his own Travel Consultancy Business but in its early days he would need a means of earning an living, and therefore some cover for the travel business from time to time. As a fairly newly retired Project Manager looking for a meaningful and enjoyable way to pass the time his mum, Kit, seemed the obvious choice!

Kit has been travelling independently pretty much since the age of 14, always relishing the chance to find new ways of travelling and new places to go. Travelling had to take a back seat for a while when Kit became a full-time mum to three boys, setting up a music school for pre-schoolers while they were still that age themselves. The family later moved to Paris for about 5 years. Kit and husband Graham and their three sons then returned to the UK and 19 years ago settling in Ashley.

Ben has inherited Kit’s wanderlust and then it was time to move on from the pub he had been running in London, establishing a travel business seemed the obvious choice. Ben’s vision for Silver Compass (silvercompass.test) is a modern, informal but highly professional business offering the highest levels of service and building real connections with clients, whether they travel for business or pleasure. Friends have become clients; clients have become friends. Kit and Ben both love the way the business enables them to contribute to the community, and this extends to making a donation to charity for every single booking made while still maintaining competitive prices. 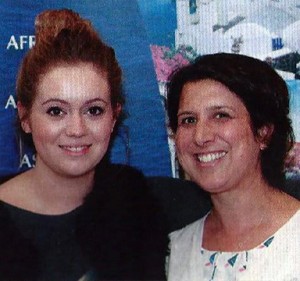 Priya and Verity at our Global Gourmet event at The Shed.

The mother and son team have been running Silver Compass from their homes in Ashley and London since early 2011, in their first year winning the “Best Newcomer” away from The Global Travel Group, the consortium to which they belong. This Summer they have opening an office at The Shed in Bathford which Kit runs, joined by Priya Gofton and Verity James (both from Box). The team specialises in tailoring the holiday to match the wishes of the client, wherever they want to go and whatever the budget.Kit is an accredited New Zealand Expert and Cruise Specialist and has a strong focus on training for the whole team. They take great delight in unearthing the hidden gems, adding the personal touches and making the whole experience simply a pleasure from the first idea to the return home.

They would love to say hello if you drop by The Shed. And if you should place a booking mention this article and you will receive a voucher to spend anywhere at The Shed. If you can’t get there, they can be contacted by phone (01225 744992) or by email (info@silvercompass.co.uk).

You can find out more about The Local Look by visiting their Facebook page here.